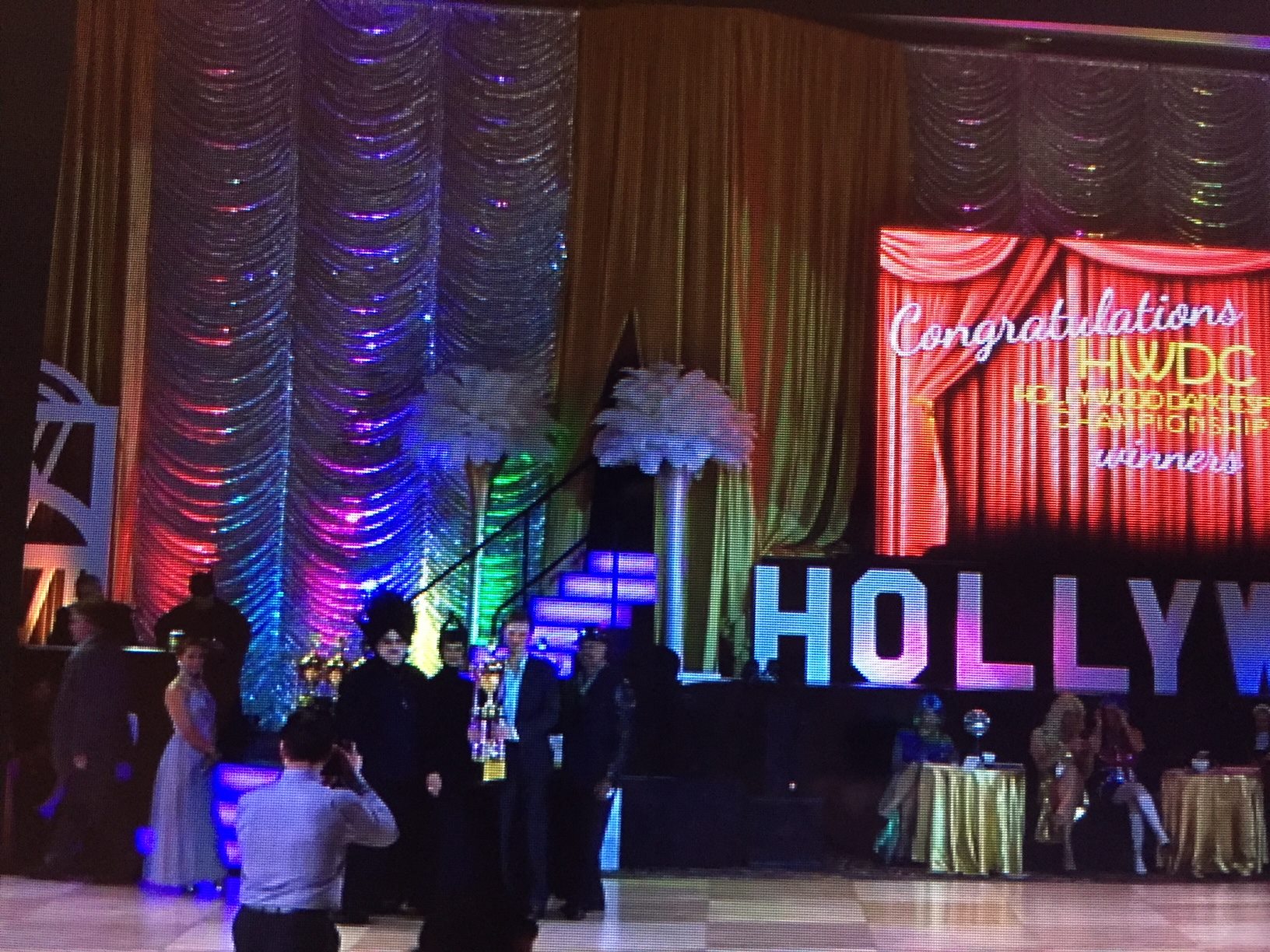 After participating in the latest Hollywood Dancesport Championship, held in Los Angeles, CA, at the end of October, the Ultimate Ballroom dance students and instructors returned home with more than just having an amazing experience but also with several awards. The studio has participated in the Hollywood Competition every year since 2010. The event took place at Hilton, Universal City, in the heart of Hollywood and right next to the Universal Studios.

Natalie got to do her very first 9 Dance and won this year! Tracy won the same category back in 2015 and 2016, so it was great to have Natalie “carry the torch” for the studio. Furthermore, Natalie won the American Style 9 Dance (Rumba, Cha Cha, Swing, Bolero, Mambo, Waltz, Tango, Foxtrot, and Viennese Waltz), won the Silver American Rhythm Open Championship, the Rhythm Dancesport Series, and the Silver American Smooth Open Championship. She also placed 3rd in the Smooth Danceposrt Series and placed 4th in the Open Rhythm Scholarship.

Since the event is typically held very close to Halloween, the judges and the staff dress up traditionally in Halloween costumes on the last day of the competition. One of the exciting moments for Josie was being serenaded and kissed on a cheek by Mary Murphy, one of the competition organizers and a judge for the successful TV show “So You Think You Can Dance,” dressed as Pitbull.

“This was one of the best competitions I’ve ever attended.” – Tracy

After putting in some hard work on the dance floor, the students and teachers also got to enjoy the spooky and spectacular “Hollywood Halloween Horror Nights” attractions at the Universal Studios and had lots of fun.

Finally, during the award night, the Ultimate Ballroom Studio was honored to receive the following awards:

We are so proud of our students and teachers for their hard work and accomplishments and for representing the Ultimate Ballroom Dance Studio so well!

Are you ready to take your dancing to the next level? Every dance competition comes with a package full of excitement. The participating students get immersed in the glamour, style and world’s top dance performances during each of these events. Part of the fun is dressing up in a gorgeous gown or a fun fringe dress, getting make-up, nails and hair done, and having those fairy-tale moments on the dance floor.

Learn more about Competitive Dancing services offered by Ultimate Ballroom Dance Studio and contact us to discuss your dance goals. 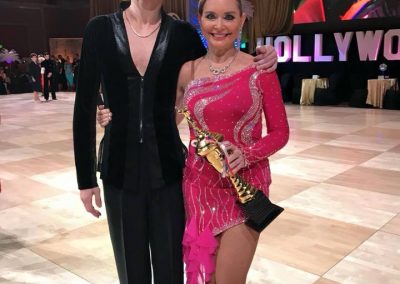 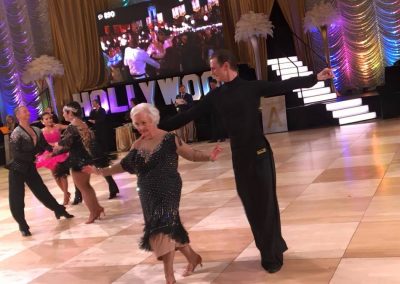 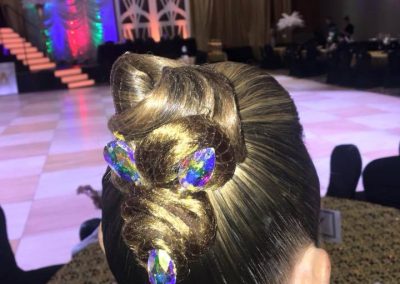 "Dancing with the Stars" Season 25 Recap →