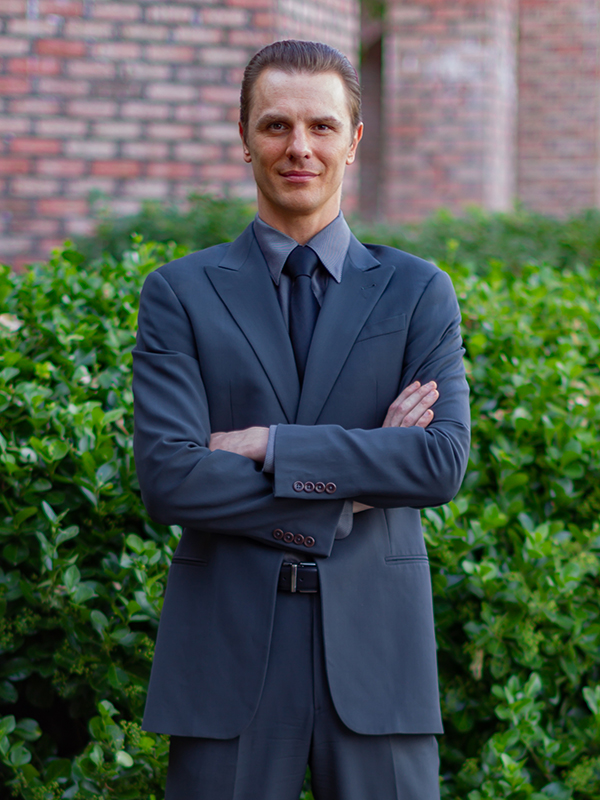 Born Mykhaylo Konstantynov in Russia, Misha became introduced to ballroom dance very early in life when his family moved to Ukraine and opened a dance studio there. Drawn by both the artistry and athleticism of dance, Misha himself became involved in dance at the age of 10. From the beginning, Misha worked with focus, determination and diligence on his craft. This combination earned him his first Ukrainian championship at the age of 12.

Dancing competitively with his sister, Svetlana, they continued their successes. They were first-place Ukrainian champions six times and championship finalists in Lithuania, Poland, Czechoslovakia, and Belarus. He was granted the title of the Ukrainian Master of Sports of International Class for sports dances in 1998. He was additionally honored for his talent by being awarded the title of Trainer of the Higher Category of Sports Dances and Judge in the First Judicial Category by the Board of Physical Training and Sports in the Ukraine in 2005.

Coming to the U.S.

Recognizing the interest and growth of ballroom dance in the United States, Misha decided to find a way to participate in this exciting opportunity. After coming to the United States in the spring of 2006, he worked in an established studio in Memphis, Tennessee for three years. During that time, he continued his success with his students and for himself placing numerous times as Top Teacher over the course of 3 years. More importantly to Misha, his students regularly placed as finalists and champions in regional and national competitions spanning the United States.

In 2009, Misha knew it was time to launch out on his own, so he opened his studio in Holly Springs, Mississippi. In June of 2012, Misha opened Ultimate Dance Ballroom Studio back in his “US hometown” of Memphis, TN. Featuring the highest level of floating floors available in the United States and a commercial sound system, the new studio offers a level of ballroom experience not found in other dance schools in Memphis and the MidSouth.

Teaching from the Heart

Misha credits what he has accomplished thus far to the encouragement of his family and their ethic of hard work. He has taken these attributes to heart and as the basis for his own method of teaching others.

He takes a personal interest in each student, learning why they want to dance, and what they want to take from that experience. He works hard to provide the best teaching, coaching, choreography and support for each student as an individual. He remains current with his craft with regular sessions with the world’s best coaches and working on his own dance skills.