Dancing with the Stars LIVE in Memphis!

This is a Grammy weekend, and for me it was quite a musical weekend as well. On Friday, I got to enjoy the magnificent sounds of Memphis Symphony Orchestra, serving as a beautiful backdrop to a very entertaining production of H.M.S. Pinafore by Opera Memphis. Then, on Saturday, Dancing with the Stars: LIVE!, TV’s biggest dance show, returned to Memphis and brought the house down with yet another amazing show, guest starring Joe “Grocery Store Joe.” I got my tickets months in advance, so I could not wait for this weekend.

From the moment I entered the gorgeous Orpheum theater auditorium, I could feel the amazing energy and excitement enveloping the entire room. There is nothing like sharing the same space with people who have one thing in common.. their love of dance! (I’m sure, sports fans can relate likewise.) Throughout the performance, I felt like every cell in my body was jumping up and down with excitement.

The show was taking place just a few days before the Valentine’s Day, so there was lots of love in the air as many themes of love were explored throughout the performance. Four of the cast members, Jenna Johnson and Val Chmerkovskiy as well as Sasha Farber and Emma Slater, are not only dance partners on the show but are also real-life couples, so it was really cool to see them perform side by side and listen to them talk about their experience of having a relationship on and off stage. Throughout the performance, there were lots of funny moments of them teasing each other about dancing with other cast members and getting “too much love and attention” from their beloved fans. But, hey, such is the ballroom dance life for these pros! Dance is all about entertainment, acting out and expressing emotion through movement, whether it’s a romantic Rumba or a cheeky Cha-Cha.

Speaking of a Rumba, one unforgettable dance scene was Emma Slater performing Rumba in a gorgeous red dress with Gleb Savchenko in front of a black-and-white New York City backdrop. Aw! Emma is one of my favorite female dancers on DWTS – true definition of femininity – who dances with such elegance and class. But, there is also a goofy and down-to-earth side to Emma, and she let us see it as she took the audience backstage in one video clip, where she shared what it was like to put this show together and how much effort it took – from practice and rehearsals, to costume design, and to coordination of all the pieces.

There were so many awesome performances, some featuring duos, and others were group numbers. Another great performance which stood out was the DWTS guys dancing a Pasodoble in all of their manly macho-ness (is that a word?). The whole dance was very powerful and intense, and, at the very end, when they have finally arrived at a picture-perfect pose… their special moment was abruptly interrupted by Sasha Farber, swiftly running across the stage in a comical fashion while waving a flag… 3 times in a row! Lol! I loved how the show incorporated many funny moments like this into the performances to induce some playfulness and give the audience “room to breathe” in between other hot and sexy numbers.

As I was leaving the theater, I felt so uplifted and inspired as I’m getting ready for my next Ultimate Ballroom showcase myself. We are so fortunate to have an amazing ballroom studio, such as UB, right here in Memphis! I also started thinking about what is it about Dancing with the Stars and ballroom dancing in general which keeps me falling in love with this beautiful art form. I think the message I got this weekend was this: It’s simply about wanting to be playful and feminine and feel like a Cinderella for a moment. For another, it may be about being a true gentleman or desiring to feel empowered. It’s also about being able to freely express one’s sensuality and emotions in a beautiful way. Ultimately, it’s about expressing love and joy through dance.

Give the gift of love to someone special! 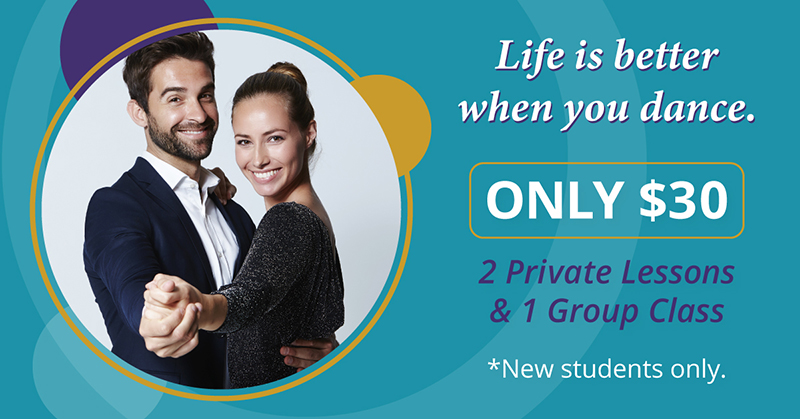